Danish Blues Album of The Year +

With the latest nomination, the band has been nominated three times out of six for Danish Blues Album of The Year.

“This is your chance, France Baby” nominated 2007

WE’VE MADE A NICE 180 GRAMS VINYL WICH YOU CAN ORDER BELOW. ALSO AVAILABLE ON CD, DOWNLOAD AND STREAMING. WE HIGHLY RECOMMEND THE COMBINATION OF HAVING A VINYL OR CD IN COMBINATION WITH STREAMING IN THE CAR, THE KITCHEN AND WHILE SHOWER.

The release koncert will start at 7.30 pm September 18th at Bartof Station!

SO SORRY, BUT WE DICIDED IT IS NOT POSSIBLE TO PLAY IN THE SMALL ROOMS OF SOUND STATION AND RESPECT THE CORONA-RESTRICTIONS. HOW EVER, WE WILL BE THERE IN THE SHOP FROM 13.00 AND AN HOUR OR SO. THE NEW ALBUM WILL BE AVAILABLE AND WE WILL HAPPILY SIGN THEM, HANG OUT…….SEE YOU.

We are releasing our sixth album on September 18th 2020 and we call it “DOING IT RIGHT” cause that’s what we all gotta do right now. Do it right. Think, act and love. Vinyls are landing in our hands Sep.7th.

JUNE 16th. Received our new album, the CD-version of it. And it sounds gooooood! Take a look. And have a listen when we release later this summer. Silas Jansson is the photographer and cover designer. Man!, he’s got an eye!

Covid 19 can put a lot of things on hold, but yours truly Fried Okra can’t be stopped from putting an album out. Never the less, the virus do complicate things, so planning when to release is more difficult. But the album is almost done. Only a few cover design details to be finished. Then we’ll get it pressed on both vinyl and cd ! Yes, it’s our second album to make it on vinyl.

Before releasing the album we will release videos and singles during this summer. More to follow!

The long and inspiring proces of writing and recording is about to be done. And soon the work of mixing will begin. We are still a guitar, bass, drums trio. But we can’t help it- we love to play around with other instruments. And this time two new instruments has entered the picture. One song features an instrument played by one of us! And the other is played by a talented musician and a dear friend of us. Can you guess what instruments and who played them? We’ll keep you updated. 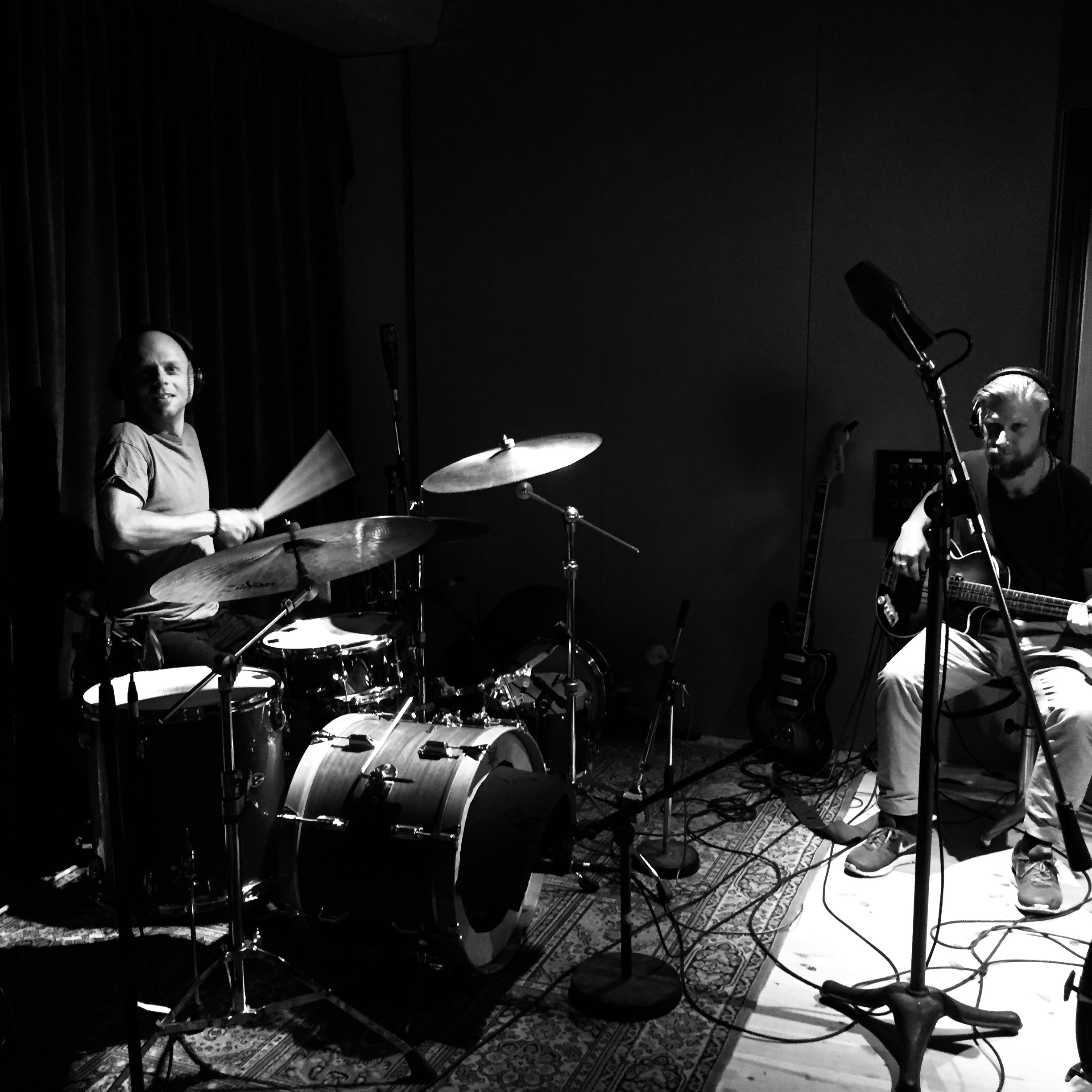